The mission of this great Organization is dedicated to establishing partnerships that result in the creation of intellectual and economic wealth in the black community.
Read More
N

Your Next Career Opportunity

The CCNBMBAA is a professional Organization that serves as a resource for communicating information and ideas among Black Executives, Entrepreneurs, Educators, and Students in the Chicago area who are interested in improving the effectiveness of Black businesses and Black business professionals.
N

If you are looking for a network of business professionals with a commitment to education, career development and promoting the economic wealth of the African-American community … the National Black MBA Association is for you!

The National Black MBA Association, Chicago Chapter mournfully announces the passing of James Hill Jr., one of the founding members, who passed on Thursday, December 23rd, 2021. 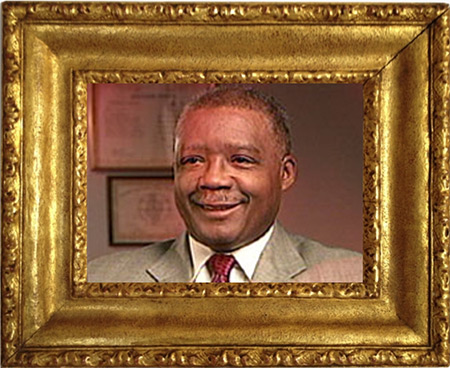 Mr. Hill was born in Baltimore, Maryland, on August 20, 1941, to Joyce and James Hill, Sr. Mr. Hill graduated from Central State University where he received his B.S. in accounting in 1964, and where he was also initiated into Kappa Alpha Psi Fraternity, Incorporated (Delta Zeta Chapter). Mr. Hill received his M.B.A. in personnel administration and accounting in 1967 from the University of Chicago. He was CPA-licensed in Illinois, Indiana, Minnesota, Ohio, and Wisconsin.

In 1964, Mr. Hill began his career as a cost accountant for Union Carbide in New York, where he stayed for one year. After receiving his M.B.A., he began working as a Chicago staff auditor for Alexander Grant & Company. Between 1968 and 1970, Mr. Hill worked as the deputy director of the Chicago Economic Development Corporation. In February 1972, he founded his own eponymous accounting firm. In 1975 he took on a partner to become Hill, Taylor, Certified Public Accountants, where he presided as chairman and CEO.

Mr. Hill received numerous awards and honors for both his professional and community work. His professional affiliations include the American Institute of CPAs, the Illinois CPA Society, the National Black Association of Accountants, and the National Black MBA Association. Mr. Hill was a board member of various community and nonprofit organizations, including the Illinois Institute of Technology, the Chicagoland Chamber of Commerce, the Better Government Association, Citizen Information Service, the Chicago Commons Association, the Economic Club of Chicago, the Rainbow/PUSH Coalition, and the Chicago Economic Advisory Committee. Mr. Hill was also a council member to the graduate business schools at both the University of Chicago and the University of Illinois.

At the request of the Hill family, and in lieu of flowers, please consider making a donation to The Central State University General Scholarship Fund “In Memory of James Hill, Jr. Class of 1964.

Welcome to the National Black MBA Association (NBMBAA©), Chicago Chapter!  The first conference for NBMBAA was held at the University of Chicago in 1970 and will be returning to Chicago to “Renew, Refresh, Reset” in 2021.

We are “Setting the Standards Others Must Follow” where our legacy is strong and our passion for the community we serve runs deep.  We are business strategists, educators, and entrepreneurs who impact the world around us by cultivating strong relationships, encouraging innovation, and exciting the entrepreneurial spirit.  Established in 1972, the Chicago Chapter has over 500 members and offers unique networking opportunities for our members and the community at large.  NBMBAA is the premier organization for black professionals that empowers visionaries and leads in the creation of economic and intellectual wealth in the black community.

Our Brand extends beyond the Chicago Metropolitan Area and is positioned within a global marketplace. Thus, we seek to provide our members, corporate partners, and collegiate affiliates with opportunities that are not easily accessible anywhere else. We achieve this through our Five Channels of Engagement, which include Education, Career, Leadership, Entrepreneurship, and Lifestyle initiatives. Our Board is comprised of business leaders who are intentional on bringing about programming to position our members to enjoy a purpose driven life towards Black Excellence.  Our purposeful and thought driven team effort leads us to have a pulse on the State of the Black Professional.

“If you are always trying to be normal, you will never know how amazing you can be” – Maya Angelou.  As the President of the Chicago Chapter, I will remain steadfast to the organizations commitment to providing value that aligns with the current education and career reality of our membership to help “Aspire to Inspire” and shape tomorrow.  Throughout 2020 we have remained Resilient and learned to Pivot to continue to provide programming and services to our members as well as the community.

As we move into 2021, it is time to “Renew, Refresh, Reset!”  We welcome you to become an active member at all levels from students, business professionals, educators, corporations, and entrepreneurs to join us to continue the legacy of those that envisioned reaching back to bring up the next generation of Black Professionals and showing them how amazing they can be.  Together we will create change and shine a spotlight on Diversity, Equity, and Inclusion.

Thank you for visiting our website. I look forward to seeing you at our upcoming Signature events, State of the Organization, Graduate School of Business Reception, Business Leadership Institute and numerous other series and programs throughout the year.

Z
Established in 1970, by students at the graduate business school at University of Chicago, the National Black MBA Association is dedicated to develop partnerships that result in the creation of intellectual and economic wealth in the black community.
Z
In partnership with over 400 of the country’s top business organizations, the association has inroads into a wide range of industries as well as the public and private sector. Yet all of NBMBAA’s partners have one thing in common: they are all committed to the organization’s goals and values.
Z
The organization gains its strength from a strong belief in community and a commitment to its development through economic and educational development initiatives that support the global African American community.

Get In Touch With Us